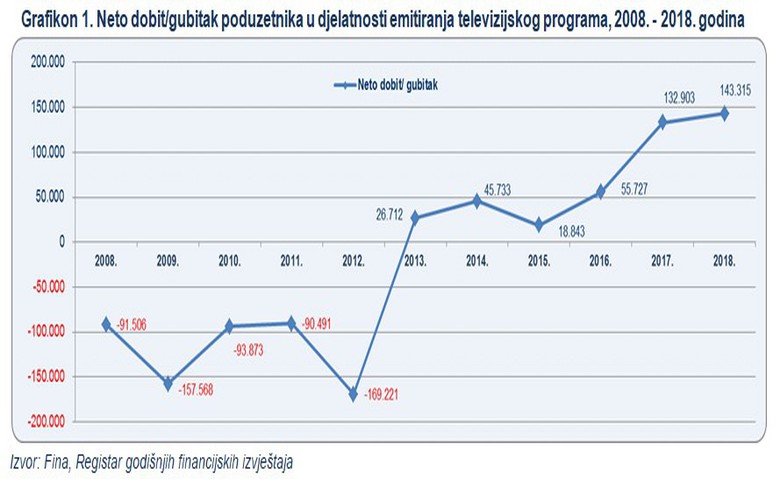 The sector's total revenue increased by 2.3% to more than 2.3 billion kuna last year, while total costs edged up 0.6% to some 2.1 million kuna, Fina said in a statement on Wednesday.

State-owned TV and radio broadcaster HRT was the leading TV station in Croatia last year with a revenue of almost 1.4 billion kuna, close to 60% of the sector's total.

An overall 52 companies were active in TV broadcasting in Croatia last year with 18 of them operating at profit and 34 reporting loss. They employed a total of 3,794 people, up from 3,784 in 2017.