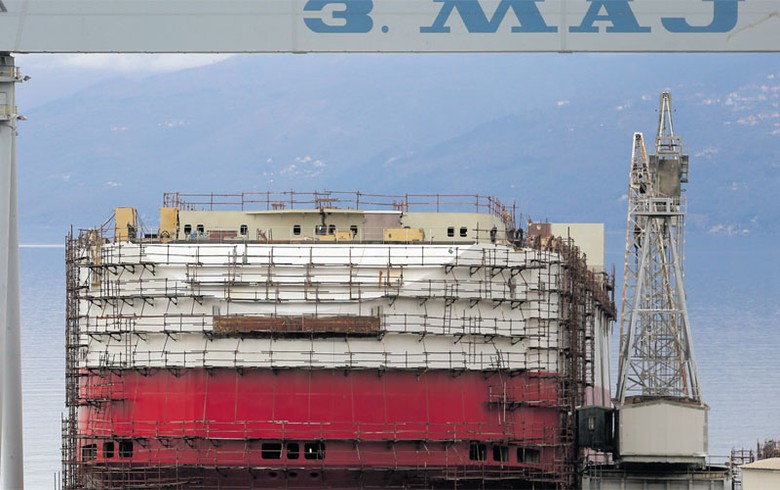 ZAGREB (Croatia), October 16 (SeeNews) - Croatian shipyard 3. Maj said on Wednesday that its accounts have been unblocked.

The company made the announcement in a filing with the Zagreb Stock Exchange (ZSE) without giving any further details.

On Monday, the company said in a similar brief statement its accounts had been blocked temporarily over enforcement proceedings launched by an unnamed company, adding it had taken legal action against the proceedings since it does not recognise the respective claims as overdue.

In the meantime, news daily Poslovni Dnevnik reported on Wednesday that the accounts were blocked by one of 3. Maj's suppliers, Bosnian company Cosicpromex, over a claim of some 6.8 million kuna ($1.0 million/915,000 euro).

3. Maj has filed an appeal against the enforcement proceedings, requesting for their postponement until the appeal process is completed, Poslovni said.

The commercial court in Riejka decided last month not to launch bankruptcy proceedings against 3. Maj because the shipyard had proved it had settled all overdue debt and submitted evidence showing its account was no longer blocked over unpaid debt. The court's decision came after the government decided to issue guarantees for a 150 million kuna life-saving loan from the state-owned development bank HBOR, aimed at helping 3. Maj pay wage arrears and restart production.

A condition for the loan approval was that all 3. Maj creditors, including the state, had to agree to postpone until September 1, 2021 the repayment of debt owed to them by the shipyard.

In May, a Croatian court launched bankruptcy proceedings against Uljanik Shipyard and the Uljanik Group at the request of the government's financial agency, citing the companies' overdue debt.