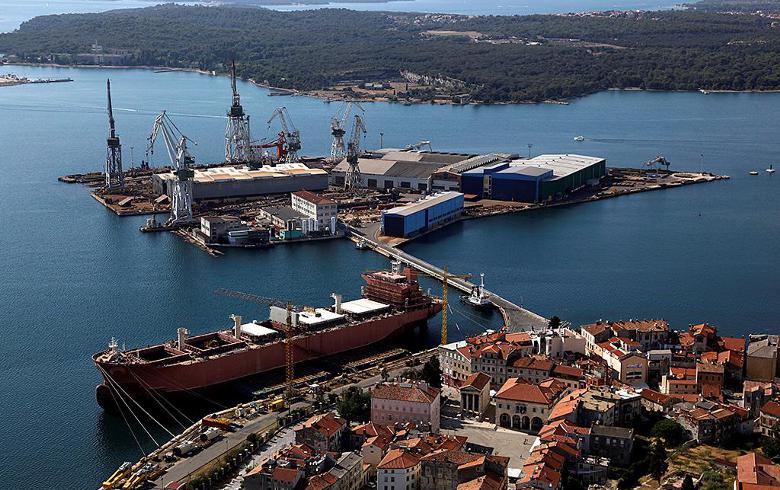 The Commercial Court in Pazin has also set the terms of the ship's planned sale, which will be carried out by the country's financial agency FINA via an online auction, according to the court's decision filed by Uljanik to the Zagreb Stock Exchange.

According to the decision, when the tender is called the unfinished dredger cannot be sold at a price lower than 3/4 of the value determined by the court, or 794.2 million kuna.

In the event of a tender repetition, the selling price in the second auction shall not drop below half the estimated value, or 529.5 million kuna.

Furthermore, if a third auction is held, the lowest price shall be at least a quarter of the value, or 264.75 million kuna, while in the event of a fourth auction, the calling price could drop to 1 kuna.

State-run news agency Hina reported on Tuesday that an invitation for the first auction could be announced already by the end of July, with the sales process expected to be completed by late September.

In May, the Pazin court launched bankruptcy proceedings against Uljanik over the shipyard's overdue debts. Subsequently, the court also launched bankruptcy proceedings against the umbrella company Uljanik Group. The group has been in financial trouble for some time due to the adverse effects of the global financial crisis on the shipbuilding sector in general which has led to a drop in the number of orders for new vessels.