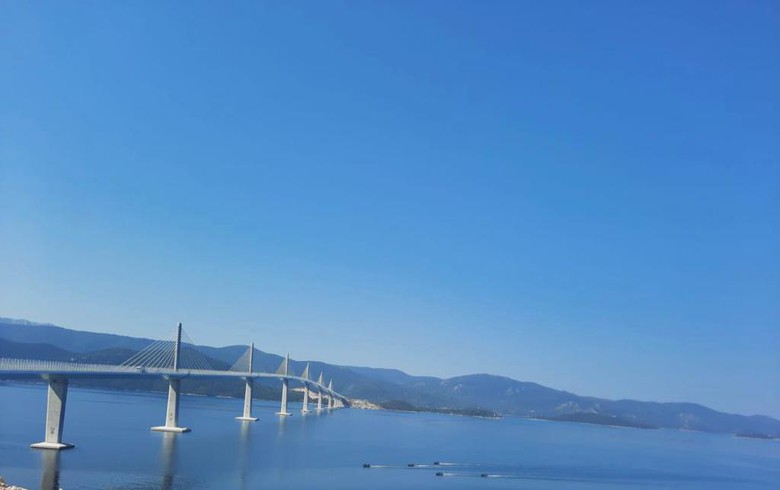 The Peljesac bridge. Photo by the Croatian interior ministry.

ZAGREB (Croatia), July 26 (SeeNews) - Croatia will inaugurate on Tuesday evening the Peljesac bridge, a 2.4-kilometre facility which bypasses Bosnia's coastal strip and is one of the biggest ever infrastructure projects in the Adriatic country, the government's schedule showed.

Together with the access roads, the overall value of the project is 525 million euro ($532 million), of which 357 million euro have been granted from EU funds.

The construction of the Peljesac bridge started in 2018 after Croatian road operator Hrvatske Ceste signed a 2.08 billion kuna deal for the works with a Chinese consortium led by China Road and Bridge Corporation (CRBC).

In 2019, Croatia signed two deals worth some 990 million kuna in total, hiring Austria's Strabag and Greece's Avax for the construction of the access roads to the bridge.

The bridge connects the Peljesac peninsula to the rest of mainland Croatia over the Adriatic, providing an alternative route to crossing the Neum Corridor - a strip of the coastline situated in Bosnia and Herzegovina between these two parts of Croatia.