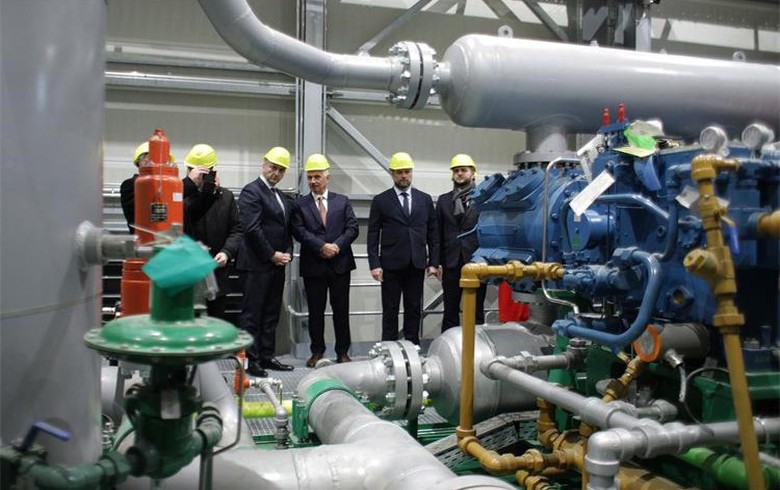 ZAGREB (Croatia), January 20 (SeeNews) - Croatia has officially opened the first compressor station on its gas transmission network worth 209.5 million kuna ($31 million/28 million euro) that will ensure a permanent two-way flow on the existing link to Hungary, the energy ministry said.

The new facility will make it possible to carry natural gas from the future liquefied natural gas (LNG) terminal on the Croatian island of Krk, the ministry said in a statement on Friday, following the inauguration ceremony in Velika Ludina, some 50 km southeast of Zagreb.

Works on the project were carried out by state-owned gas transmission system operator Plinacro.

Plinacro said in a separate statement on Friday that the compressor station was built by a consortium comprising local companies Monter-Strojarske Montaze, Elektrocentar Petek and SCAN, while the equipment was manufactured by Romania's Euro Gas Systems (EGS).

In July, the European Commission approved Croatia's plans to support the development of a 233.6 million euro ($259.3 million) LNG terminal on the Adriatic island of Krk with 100 million euro in state aid.

The project comprises the construction and operation of a floating LNG terminal featuring a floating storage and regasification unit (FSRU) and its connections to Croatia's national gas transmission network. The terminal will have capacity to transport 2.6 billion cubic meters of natural gas per year into the national grid as from 2021.

Using its national transmission network, Croatia will be able to deliver gas from the Krk LNG terminal to fellow EU member states Slovenia, Italy and Hungary, as well as to non-EU Serbia and Montenegro. The terminal has been put on the lists of European Projects of Common Interest since 2013, given its strategic importance for the diversification of natural gas supplies to Central and Southeast Europe.

Hungary will start negotiations in January for buying a stake in the LNG terminal project, the government in Zagreb quoted Hungarian foreign and trade minister Peter Szijjarto as saying last month. In October 2018, Szijjarto said that Hungary is interested in the import of 1.7 bcm of natural gas per year from the LNG terminal in Krk.