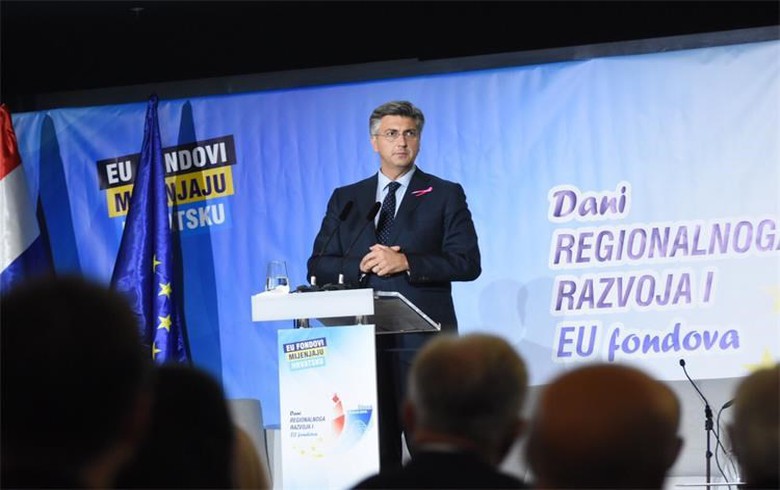 ZAGREB (Croatia), October 7 (SeeNews) - Croatia has increased its rate of absorption of European Union funds to 76% as at the beginning of October, prime minister Andrej Plenkovic said.

"This means 61 billion kuna ($9.0 billion/8.2 billion euro) made available to our economy, infrastructure and other sectors," Plenkovic said in a government press release over the weekend.

He added that this compares with 62 billion kuna invested in the construction of motorways in the country in the period since 1992.

Croatia's EU funds absorption rate stood at 68% in late May, according to data issued back then by the now former regional development and EU funds minister Gabrijela Zalac.

The government aims to increase the absorption rate to 85% by the end of 2019, Zalac has said.

An overall 10.7 billion euro in EU funds have been made available to Croatia for the 2014-2020 programme period.

Plenkovic said earlier that Croatia aims to be allocated some 10 billion euro in the next seven-year programme period.