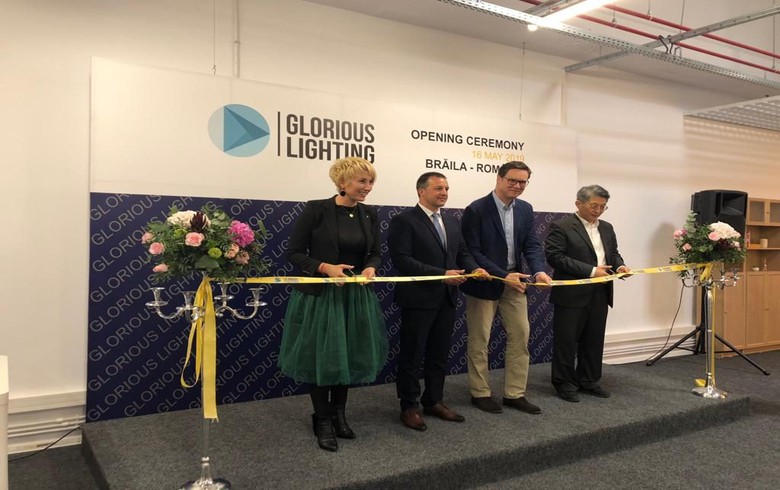 Liting Universal Group plans to hire 200 people initially at its Romanian-based subsidiary, which it has branded as Glorious Lighting SRL, the ministry said in a press release on Friday.

Over the next five years, the company aims to invest another 15 million euro in the factory and reach a total employee headcount of 800 in Romania.

Currently, the factory has about 110 employees and is specialized in the production of lamps and other household lighting products, mainly based on LED technology.

"The decision of the Chinese group Liting Universal to expand on the Romanian market is, in my opinion, a positive signal for the international business environment, and a proof that in Romania we can implement and develop viable projects, that we are a a credible partner for developing successful business," state secretary Paula Pirvanescu said at the inaugural ceremony.

Following the investment, Braila will become Liting Universal's main European production centre and its primary hub for operations in other regions of Europe. The entire production line of the investment group targets both its partners in Romania and in the rest of Europe.

In 2017, Liting Universal received from the Romanian state 1.3 million euro aid for the factory opened in Braila on the site of former Armonia Commercial Center.