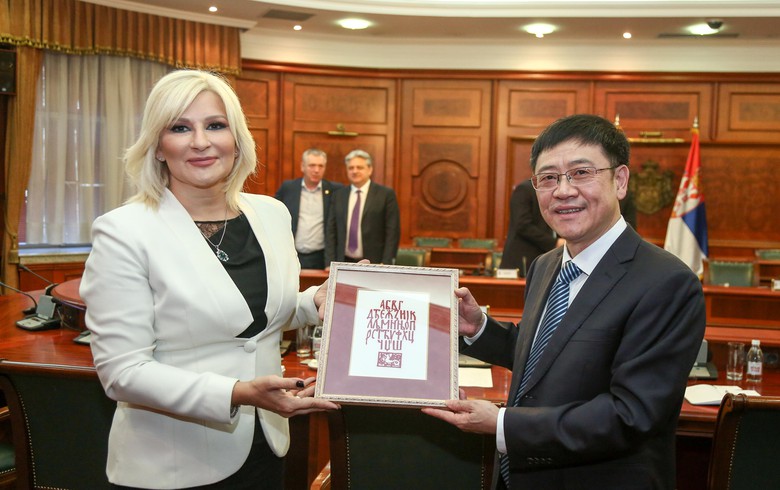 Mihajlovic and Chengjun at their meeting in Belgrade; Source: Serbian Infrastructure Ministry

"After the successful cooperation with EPS within the Kostolac project a few years ago, we want to consider possible ways of continuing cooperation and contributing to the development of transport in your country," Chengjun said on Tuesday, according to a statement by Serbia's infrastructure ministry.

In 2017, CRRC Zhuzhou Locomotive delivered two electric locomotives to Serbian state-owned power utility Elektroprivreda Srbije (EPS) under a 4.4 million euro ($4.9 million) contract. The locomotives are used in the transportation of coal from Kolubara mine to the Termoelektrane Nikola Tesla (TENT) power plant.

"Our company is one of the most successful in the production of railway vehicles and rail equipment. We are developing innovative technologies and we are particularly focused on electric locomotives, transport vehicles, EMU and hybrid technologies," Chengjun said during a meeting with Serbian infrastructure minister Zorana Mihajlovic in Belgrade.