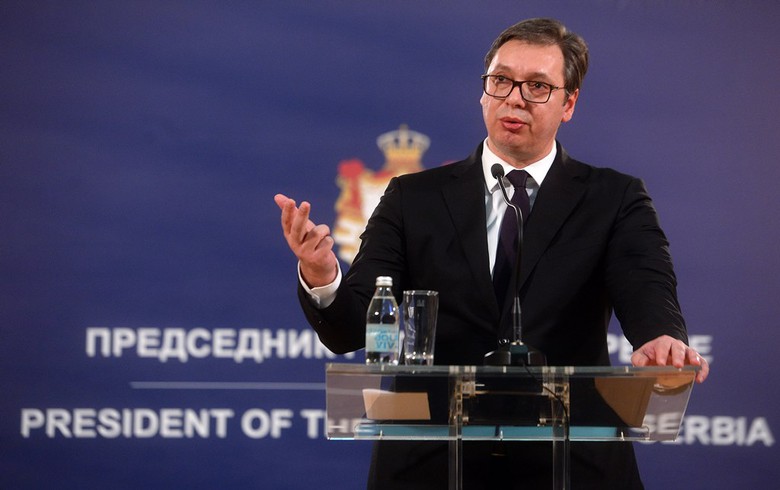 "We asked the EU [...] to give us a grant covering 50% of the costs for the reconstruction of the Belgrade-Nis railway. We still expect an answer. If there is no answer, we will build the high-speed railway with our Chinese friends, the CRBC," Vucic said in a video file posted on the website of Tanjug news agency on Tuesday.

Following the revamp, the 204 km railway line, which lies on European transport Corridor X, will support 200 km/h train speed, which means that the Nis-Belgrade distance will be covered in an hour and 15 minutes, Vucic added.

Serbian infrastructure minister Zorana Mihajlovic said in June that the government plans to invest some 2 billion euro ($2.35 billion) in the reconstruction of the Nis-Belgrade railway line.

Also in June, Vucic said Serbia is in talks for the project with Russian and Chinese companies active in the overhaul of the railway line linking Belgrade to Hungary's capital Budapest on Serbian territory.

The Belgrade-Stara Pazova section of the Belgrade-Budapest railway, which is part of European transport Corridor X, is carried out by China Railway International (CRI) and China Communications Construction Company (CCCC), the parent of CRBC. Serbia signed in July 2018 a 943 million euro deal with CRI and CCCC for the overhaul of the 108 km-long Novi Sad-Subotica railway section. The overhaul of the Stara Pazova-Novi Sad section is carried out by Russia's RZD International.