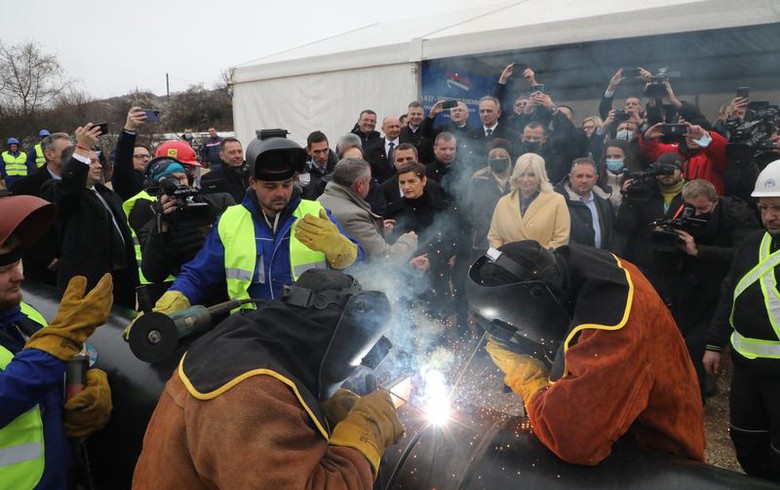 SOFIA (Bulgaria), May 5 (SeeNews) - State-owned gas network operator Bulgartransgaz said on Thursday that it will sign a contract for the construction of the Bulgarian section of a gas interconnection with Serbia with International Gas, a local consortium led by construction company Glavbolgarstroy (GBS).

The procurement contract, which involves delivery of materials and equipment, construction and implementation of the Bulgaria-Serbia interconnector (IBS), is worth some 139.8 million levs ($75.5 million/71.5 million euro), with the European Commission providing part of the funding, Bulgartransgaz said in a statement.

The pipeline, which will be 170 kilometres long overall, will connect Novi Iskar in northwestern Bulgaria to Nis in Serbia. The Bulgarian section is 62 kilometres in length.

The contract requires International Gas to also build two automatic gas pressure regulating stations, a gas metering station at the Kalotina border crossing as well as two pipeline branches to the towns of Slivnitsa and Dragoman. The pipeline is planned to have a capacity of 1.8 billion cu m per year.

International Gas was declared winner of the tender in October 2021 after the originally selected contractor Canpipe BG, an affiliate of Canada-based Canpipe Industries International, withdrew its bid.

The gas link with Serbia was first agreed between the two countries' governments in 2018. Serbia kicked off the construction of an 85.5 million euro link to Bulgaria's gas transmission system in February. The IBS is expected to be completed by October 2023 at the latest, Bulgaria's energy ministry said at the time.

Bulgartransgaz and International Gas will sign the contract on the sidelines of Thursday's ministerial meeting on regional energy cooperation in Sofia, which involves top officials from Greece, Romania, Serbia, North Macedonia, Ukraine and Turkey as well as the European Commission. The meeting is seen as a further step in the direction of ensuring Southeast Europe's (SEE) energy security, diversification and independence from Russian gas supplies.