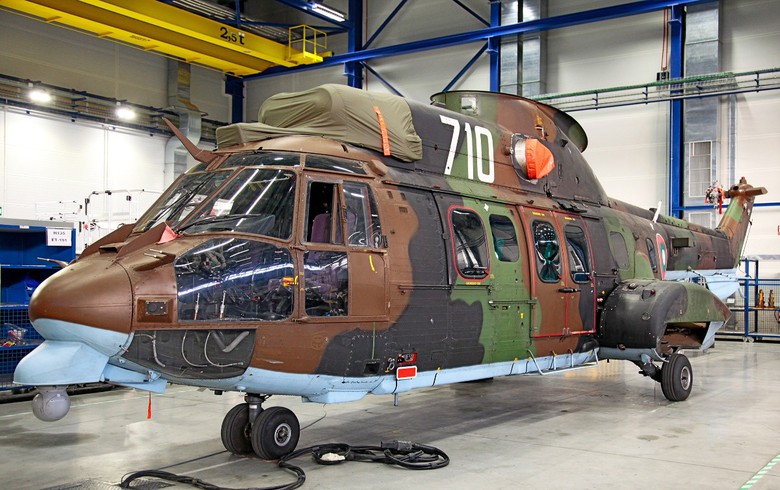 The government decided to accept the ministry's proposal to increase its spending by 23.2 million levs so as to ensure the airworthiness of its AS 532 AL Cougar helicopter fleet through the NATO Support and Procurement Agency (NSPA), the cabinet said in a statement on Wednesday.

The defence ministry will also receive 60 million levs to build integrated systems and infrastructure and cover additional expenses related to the delivery and introduction into service of the F-16 fighter aircraft which Bulgaria has ordered from the U.S.

Bulgaria, which has a fleet of twelve Cougar helicopters, joined the NSPA Helicopter Support Partnership in January 2021 so as to secure services for the maintenance of the aircraft which have also been used in fighting forest fires, and search and rescue emergencies.

In 2020, the country signed a 2.2 million euro ($2.3 million) deal with France's Airbus Helicopters for the upgrade of six AS 532 AL Cougar helicopters.

Earlier this month, the parliament endorsed a cabinet decision to purchase a second batch of eight F-16 Block 70 fighter aircraft from the U.S. for a total of $1.296 billion (1.25 billion euro). The first eight jets, which have already been paid for, are set to be delivered in early 2025.

On Monday, U.S. aerospace company Lockheed Martin said that the production of the fighter jets ordered by Bulgaria is already underway.