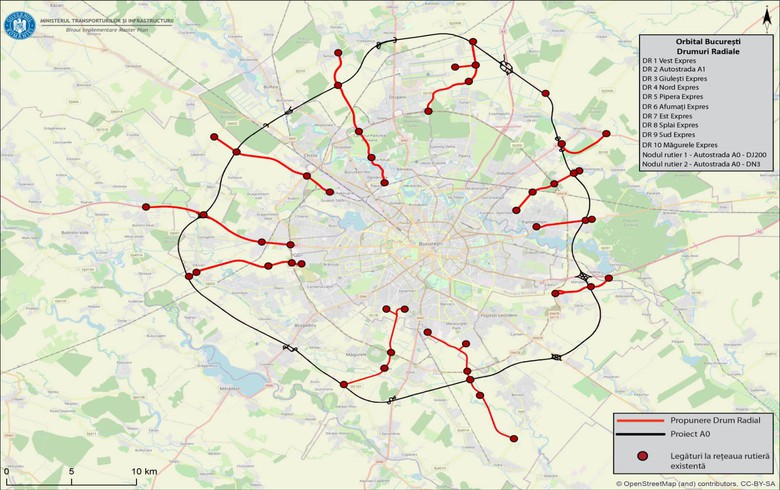 BUCHAREST (Romania), January 5 (SeeNews) - The Bucharest city government said on Wednesday that it has signed agreements with the Ilfov County Council and the national road infrastructure company, CNAIR, to work out feasibility studies for a 591 mln euro ($667 million) radial roads project.

The ten radial roads - extensions of existing boulevards - will intersect with the city belt road and connect to the A0 ring motorway, the city hall said in a press release.

The project envisages the construction of 96 km of sidewalks, bike lanes and 120 charging points for electric vehicles along the new roads.

The construction works are due to be completed in 2026.

They will be financed with funds from the state budget and EU grants under the Transport Operational Programme for 2021 - 2027.