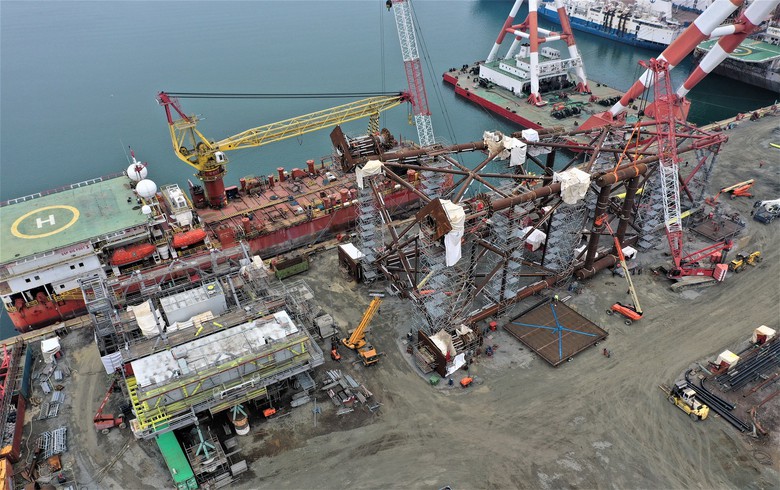 "In the last year we have managed to advance quite a lot, despite coronavirus-related restrictions. Currently, 80% of the project is completed. Technically speaking, we will start operations in November and kick off production in the first quarter of next year," BSOG CEO Mark Beacom said during the Oil&Gas conference organised by economic website Profit.ro and broadcast by the portal's TV station.

BSOG announced last month that together with its co-venture partners, Petro Ventures Resources and Gas Plus Dacia, it has installed the Ana production platform within the MGD project. The project consists of five offshore production wells, a subsea gas production system over the Doina well which will be connected through an 18 km pipeline with a new unmanned production platform located over Ana field. A 126 km gas pipeline will link the Ana platform to the shore and to a new onshore gas treatment plant in Corbu commune, Constanta county, with a capacity of 1 billion cubic metres per year representing 10% of Romania’s consumption, the company said at the time.

BSOG, owned by Carlyle International Energy Partners and the European Bank for Reconstruction and Development, is active in the exploration and development of conventional oil and gas resources. The company’s current portfolio is made up of XV Midia Shallow Block and XIII Pelican Block concession in the Romanian Black Sea where it is the operator and holds a 65% interest.

Gas Plus is the fourth largest producer of natural gas in Italy active in exploration, production, purchase, distribution and sale to retail customers. It holds 15% interest in the XV Midia Shallow Block and XIII Pelican Block concession in the Romanian Black Sea. The remaining 20% interest is owned by Petro Ventures, a private investment group.