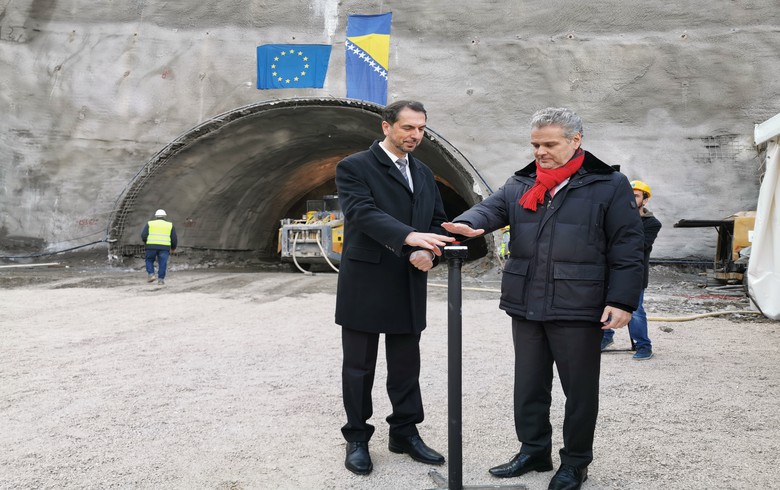 The company has started the construction of the most significant part of this section, the 2.5 km long two-tube Zenica tunnel, Autoceste said in a press release.

The Ponirak-Vraca section is part of European transport Corridor Vc.

The project financing comes from a 50 million euro loan by the European Investment Bank (EIB) and from the Western Balkans Investment Framework (WBIF) in the amount of 19 million euro.

"The construction of this tunnel will reduce travelling time, improve safety according to EU standards, lower the pollution level and boost trade between the Western Balkans and the EU", said Johann Sattler, the head of the EU delegation to Bosnia and Herzegovina.

The supervision of construction will be done by Turkish company PROYAPI Engineering and Consulting Inc.

The completion deadline is 30 months.

The EU has granted 300 million euro so far to Bosnia for the construction of Corridor Vc.

Corridor Vc, about 700 km in length, connects the Adriatic port of Ploce in Croatia to Budapest in Hungary via Bosnia. Its section in Bosnia is some 340 km in length.