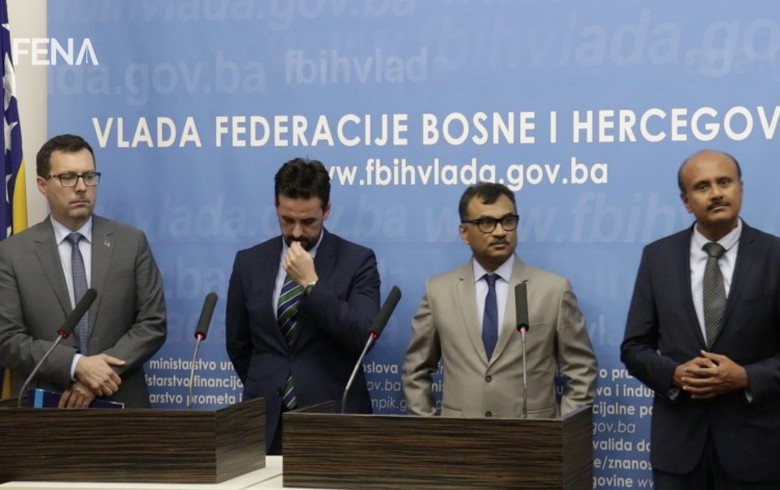 The contract was signed on Thursday as a follow-up to a 20-year gas supply deal which has expired, Jasmin Salkic told a news conference following the signing ceremony. A video file from the news conference was uploaded on the YouTube channel of state news agency Fena.

Toplana Zenica is a joint venture project of ArcelorMittal Zenica, the city of Zenica, and Finnish companies KPA Unicon and Finnfund for the construction of a new combined heat and power (CHP) plant that will replace the existing polluting coal-fired power plant in the city.

It  will supply electricity to Zenica and the city's biggest employer - the ArcelorMittal steel mill.

The Federation's energy minister Nermin Dzindic, who was also present at the signing ceremony, said that thanks to the agreed natural gas quantities for the needs of ArcelorMittal Zenica and the newly-established Toplana Zenica, BH-Gas will be able to reduce natural gas prices for households and distributors.

Once BH-Gas' supervisory board adopts a thorough analysis of the price effect, the government of Bosnia's Federation entity (which controls BH-Gas) will cut natural gas prices by some 10% as of the start of 2020, Dzindic said.

The Federation is one of the two autonomous entities that form Bosnia and Herzegovina. The other is the Serb Republic.