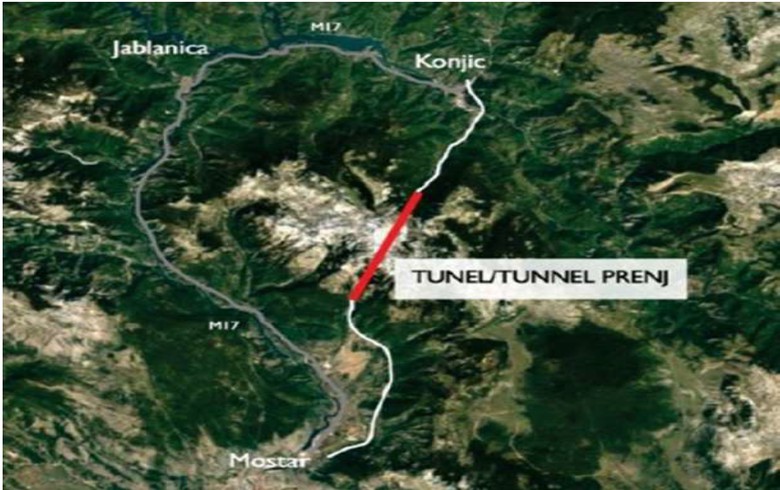 SARAJEVO (Bosnia and Herzegovina), September 21 (SeeNews) - Autoceste FBiH, the state-owned motorway operator of Bosnia's Federation, said on Wednesday it has launched a 20 million euro ($19.9 million) tender for the construction of access roads to the Prenj tunnel, part of the Bosnian section of pan-European Corridor Vc.

The tender envisages the construction of access roads on both sides of the tunnel with a total length of 14 kilometres, the road company said in a press release.

Construction works are expected to begin in early 2023.

Autoceste FBiH is financing the project through a loan from the EBRD, the company said.

The motorway operator in July launched a 400 million euro tender for the pre-qualification of contractors for the construction of the Prenj road tunnel. As many as 196 companies expressed interest in the tender, Autoceste FBiH said.