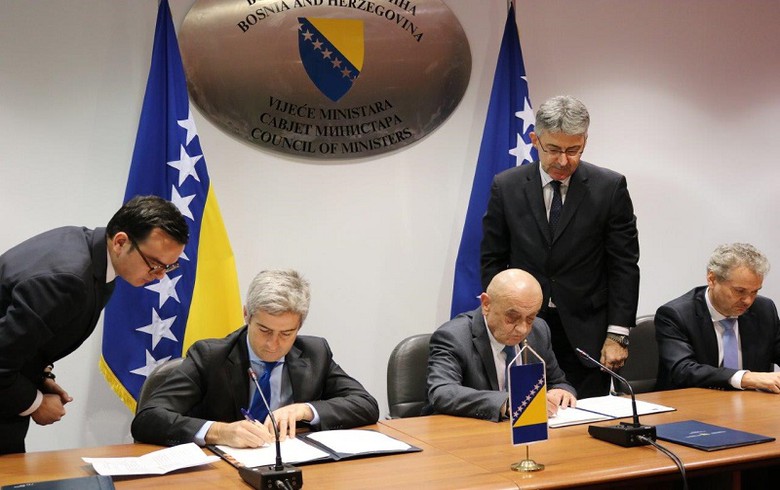 A grant of up to 19 million euro from the European Union will complement a 50 million euro loan from the EIB for development of the Zenica North section of Corridor Vc, the bank said in a statement on Tuesday. The section contains a twin-tunnel due to be completed by the end of 2022.

The EIB will also invest 19 million euro to increase flood protection along the Sava River and its basin in Bosnia's Serb Republic entity by constructing dykes and channels and rehabilitating riverbeds.

The bank will also provide a 30 million euro loan for construction and improvements to the water supply, wastewater and storm-water networks in order to open up access to drinking water for up to 147,000 citizens and improve sanitation services to some 70,000 people, the EIB said.

"To date, more than 516 million euro of EIB loans to support the realisation of the 318 km Pan-European Corridor Vc in Bosnia and Herzegovina have been signed.The EU, on its side, has provided more than 200 million euro in grants through numerous projects," head of division for EIB lending operations in Croatia, Slovenia and Western Balkans Matteo Rivellini said.

Corridor Vc has a total length of 700 km and connects the Adriatic port of Ploce in Croatia with Budapest in Hungary via Bosnia. Its length in Bosnia is some 340 km.