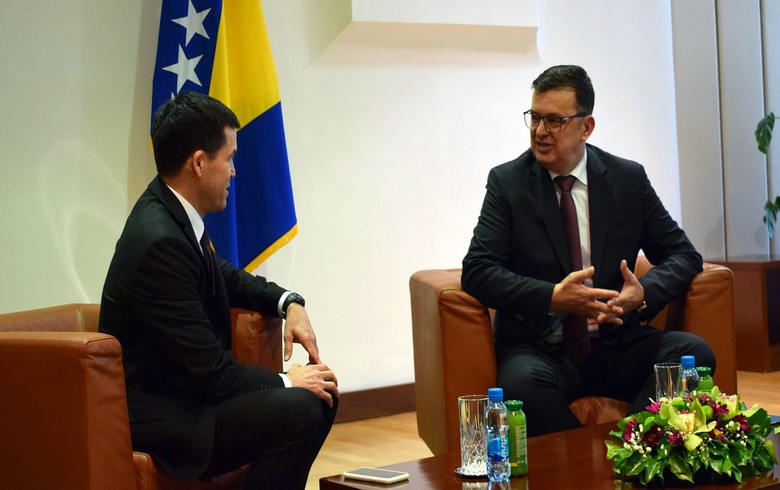 SARAJEVO (Bosnia and Herzegovina), January 17 (SeeNews) - Bosnia's council of ministers should as soon as possible adopt the country's 2020 budget in order to facilitate the continuation of the existing arrangement with the International Monetary Fund (IMF) and clear the way for a new deal with the international lender, the council said.

The council's statement was issued on Thursday, following a meeting between Bosnian prime minister Zoran Tegeltija and the IMF resident representative to Bosnia, Andrew Jewell.

However, its implementation has been blocked after Bosnia failed to form a new government and state institutions more than year following the October 2018 general elections. The country's new government, headed by Tegeltija, was eventually voted in office in December 2019.

In the absence of a regular budget act, the council of ministers adopted on December 30 a temporary budget for the first quarter of 2020 to support the state institutions and ensure that the country's international obligations are being serviced.