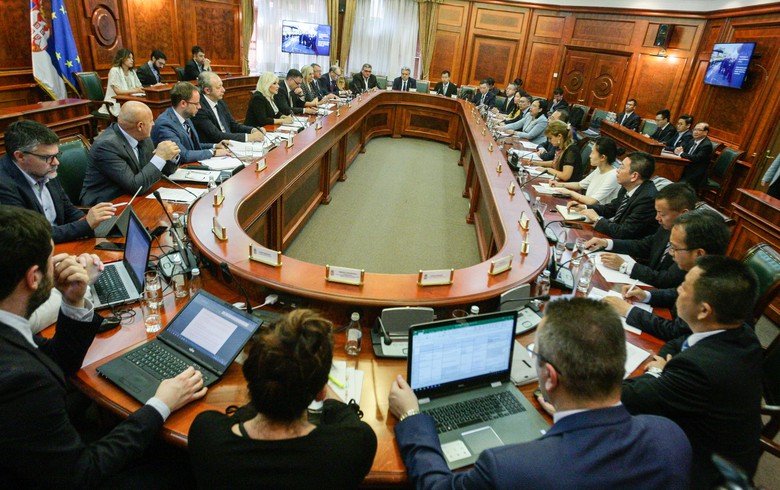 The 120-year statistics (trade to GDP) proves Europe countries were and remain much more open to trade than China (excl. Hong Kong) or Russia, and this is truer for small economies.

According to the World Bank development indicators, trade (as % of GDP) of the World was 58.04% in 2015, 124.1 % - Bulgaria, 37% in China. In terms of value of exported goods (% of GDP, 2014), China (23%) stays below the world average (25%) while Eastern Europe (EE) is about 50%. At the same time the volume of China manufacturing and clothing export are resp. 25 and 35 of the global
volume. China’s Bureau of Statistics ULS index 80% increase in 2009-2019 (but they remain relatively low vis-a-vie EU), similarly the costs of living in major China industrial centers are higher than similar locations in EE, while China’s real GDP per capita is lower than in EE by 40% and 10% lower than in Serbia.

This picture suggest that prospects of mutual benefits of China investment in EU and esp. EE were and are very probable. This explains the initiatives like 16+1, they are believed to be able to open China’s access (via EE) to one of the world’s richest and sophisticated markets, while boosting investment and growth in these countries and EU.

Against this perspective, the stock of EU investment in China (in the last five years) remains more than twice the amount of China’s FDI stock in the EU, incl. Hong Kong (with ~70% share). In EE situation differs from country to country. Serbia leads with USD 10.4 bln, according to China’s Global Investment Tracker. Chinese FDI and contracts in Hungary are 50% of those in Serbia, in Bosnia and
Herzegovina – 25%, in Poland and Romania – 20%, Montenegro – 9.5%, and 5% - in Bulgaria. The risks and barriers closer cooperation are natural, regulatory and political.

Naturally, the size and backgrounds matter: smaller and late reformers of ex-Yugoslavia were better positioned to attract Chinese FDI, esp. given the prospect of EU membership. On the eve of EU entry all EE economies, with Bulgaria leading as investment destination in 2004-2008 (in terms of FDI to GDP), experienced massive investment inflow; not so much from China, though. The “late coming” of
the Balkans made the more aggressive in attracting China’s investment. Poland and Hungary, however, had signed Strategic Partnership Agreements with China, on the aftermath of the global slowdown of 2008-2009. Bulgaria, in this period, focused its policies to the domestic players.

Regulation-wise, China investment raises issues related to state aid ban of the EU. Some Chinese investment plans, like the one in the prospective construction in Bulgaria’s NPP Belene, require state guarantees – difficult to get exemption for from the EU Commission.

On the top of these, the current debate raises questions about security concerns, personal data protection and human rights situation (regarding Hong Kong and Western China).

*This article was contributed to SeeNews by Krassen Stanchev.