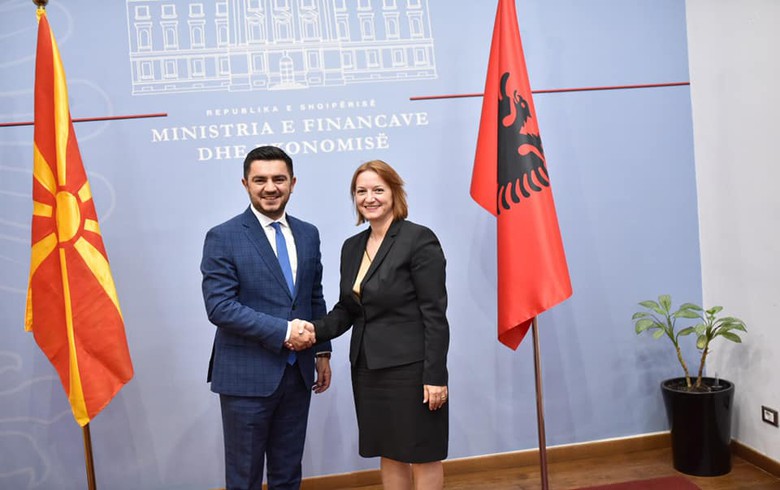 The joint border control is expected to facilitate movement of goods and people as well as reduce waiting time for businesses at the border, Denaj said in statement after meeting North Macedonia's economy minister Kreshnik Bekteshi in Tirana.

Joint groups of experts are expected to be established soon in order to start work on technical issues, Denaj noted.

North Macedonia’s government is ready to start negotiations at the technical level next week, Bekteshi said, adding that the final agreement to set up the one-stop shop system is expected to be signed within two months.

The implementation of a joint customs controls by way of one-stop shop system between Albania and North Macedonia as signatories to the International Convention on the Simplification and Harmonization of Customs Procedures, is part of the action plan for the creation of a regional economic area in the Western Balkans, adopted during the EU Summit with the Western Balkan countries held in Trieste in 2017.

North Macedonia is a EU candidate country since 2005 and Albania since 2014.